Naming your baby: what you need to know 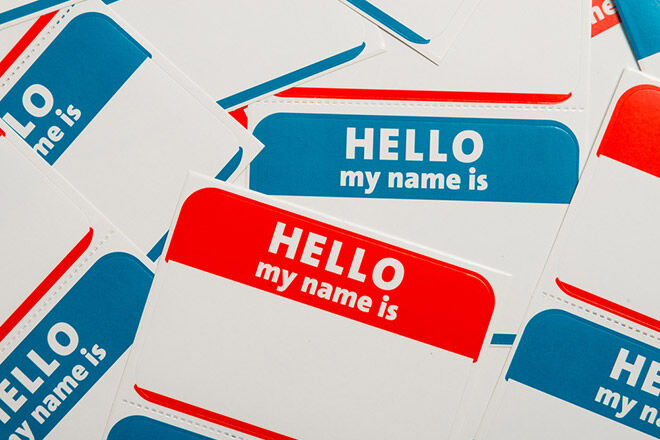 McCrindle have released their Baby Names Australia 2014 report which looks at the most popular baby names in Australia.

It’s good news: we Australians have pretty good taste! The big theme for 2014 is traditional with a twist: parents are opting for old-fashioned names and in many cases, putting a new spin on them such as modified spelling. We’re also opting for very soft, feminine girls names and strong, active boys names.

We’ve had a look at through all the trends for you, here’s everything you need to know.

The top ten baby names for boys are all about tradition, with inspiration provided by the Royals and the Bible stories. The top ten girls names are simply so sweet! The theme for 2014 seems to be ultra-feminine. 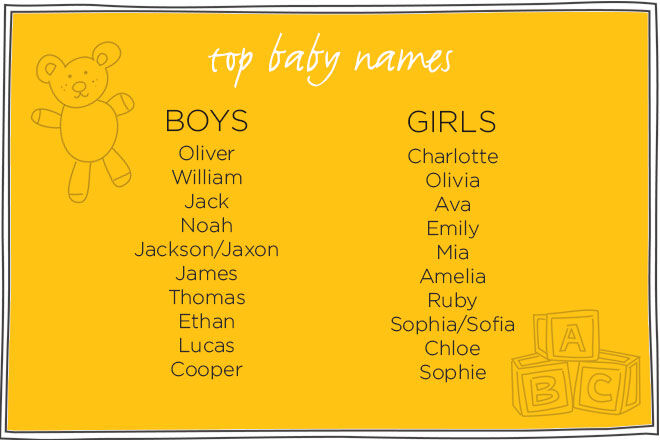 3. Everything old is new again

We just love that old-timey elegance of traditional names! Jack was really popular in the 1920s before dipping in popularity mid-century, now it’s a favourite again. Hardly anyone named their daughter Ruby between the 1950s and 1990s, but it was hugely popular in the 1920s, and now it’s the seventh most popular girls name. Want something unique? Pick a name that was big 20 or 30 years ago, they seem to have fallen out of fashion.

Soft, sing-songy names for girls and firm, sturdy names for boys are all the rage. Practically all of the most popular girls names end with a vowel or a ‘y”: the top ten girls names include Olivia, Ava, Emily, Mia, Amelia. La la la la la! In comparison, practically all of the most popular boys names end in a consonant, such as Jack, Jackson, James, Ethan and Cooper.

5. Gender neutral is out

Unisex names are out and gendered names are in. Only one name appears in both the girls and boys top 100 lists: Charlie. There are lots of really lovely gender-neutral names around that aren’t in the top 100, how about Sidney, Quinn or Dylan?

Parents love to get creative, especially with girls names. Adding in an extra letter or including unusual punctuation such as apostrophes and hyphens gives a unique spin on a traditional name. Sofia is proving popular as an alternative to Sophia, and Maddison as an alternative to Madison. Nevaeh (Heaven spelled backwards) is also really popular.

Double letters are a big new trend. The top 25 girls names include Charlotte, Isabella, Lilly, Sienna, Hannah and Scarlett. Top boys names include William, Cooper, Isaac and Harrison. Go the single consonant if you want to stand out and opt for Lily, Conor or Fin.

8. We love us some royals

Wills and Kate and Georgie Porgie’s tour down under just continued to fan the flames of our love affair with the blue bloods. The second most popular boys name in 2014 in Australia is William, and George is at highest ranking since the 1970s. Victoria and Elisabeth are also proving popular. Inspired by the Royals but want something unique? We say look to ancient Kings and Queens, like Queen Boadicea or Ethelred the Unready. No?

Were parents reading lots of action and adventure novels nine months ago? Lots of active boys names appear in the top 100 including Ryder, Archer, Chase and Hunter. Or gardening books? The top 100 girls names include Lilly, Willow, Ivy, Poppy, Hazel, Violet, Olive, Jasmine and Rose. Flip it on its head and pick up a floral name for your little lad, like Begonia, Zinnia, Hawthorne or Florian. Or choose energetic monikers for your little lady like Dasha, Viva or Harley.

Check out McCrindle’s Baby Names Australia 2014 report for the top 100 baby names for boys and girls.