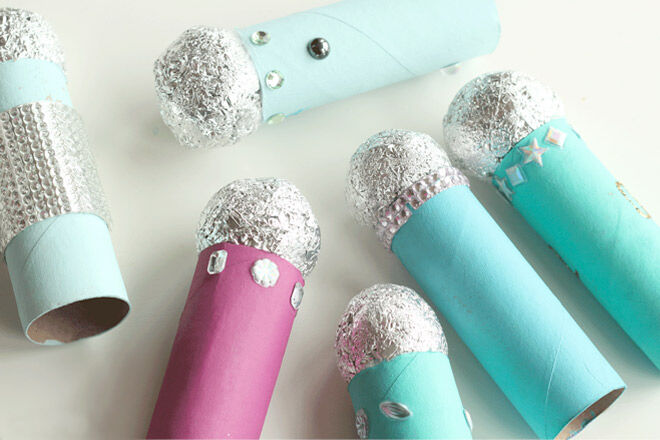 Disco parties get the kids singing, dancing and making moves like you’ve never seen before – they’re fun for everyone! In between the daring dance moves, superstar singing and confetti covered cakes it’s a good idea to have a few craft activities up your sleeve to help the kiddies catch their breath.

RELATED:
How to host a rockin’ disco party 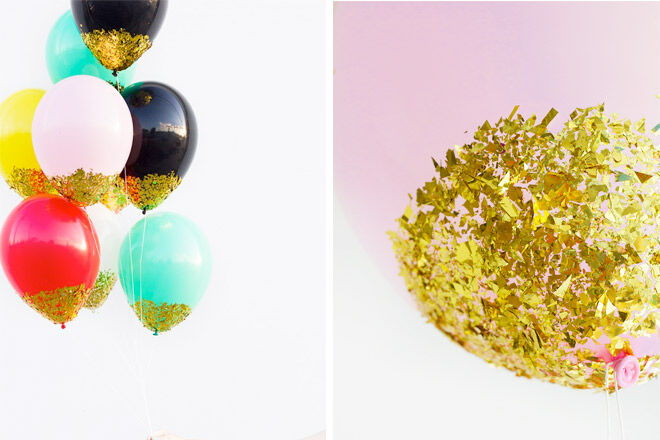 No party is complete without a bundle of balloons bopping around the room, and these confetti covered balloons: (via Studio DIY) are the perfect pre-party craft! With minimal equipment needed, making confetti balloons is a bunch of fun and then some. Here’s a quick tutorial to get your balloons off to a flying start. 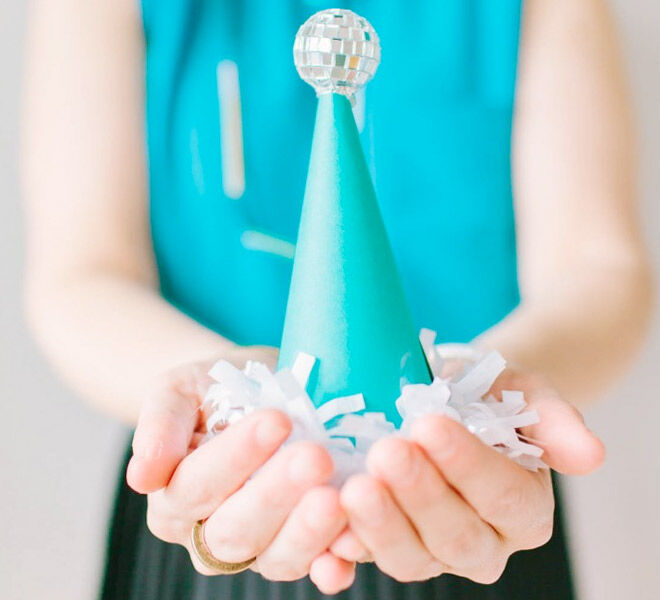 Crown the dancing champions at the party with these disco ball party hats: (via Best Friends for Frosting). They might not stay on while the kids bop around but they’ll be great for taking home to show mum and dad. 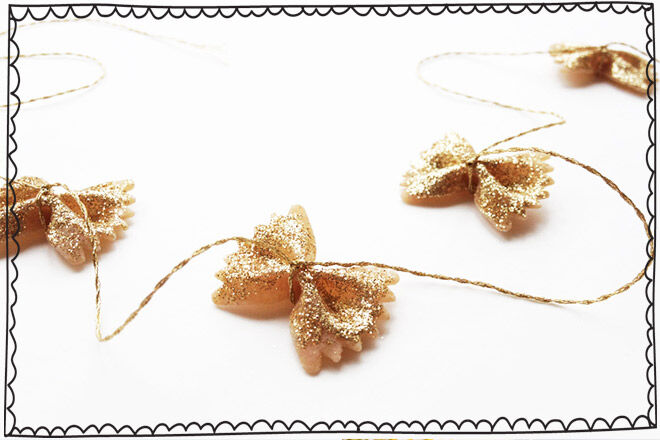 It’s gold and it’s glittery! We love this bowtie pasta garland: (via The Gold Jellybean). You’ll only need a few craft essential to re-create this pretty golden garland and the kids can turn it into whatever they like; a necklace, bracelet, hairband… 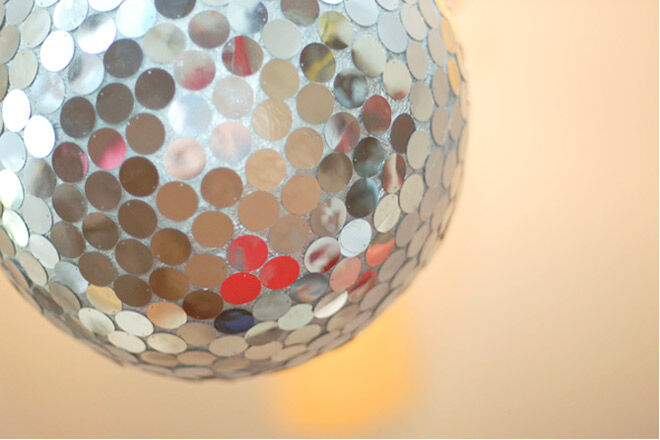 Parties and piñatas go hand in hand so why not make a Disco Ball Pinata: (via Tikkido) for the big day? Take a peek at this super easy tutorial and get ready to hit it! 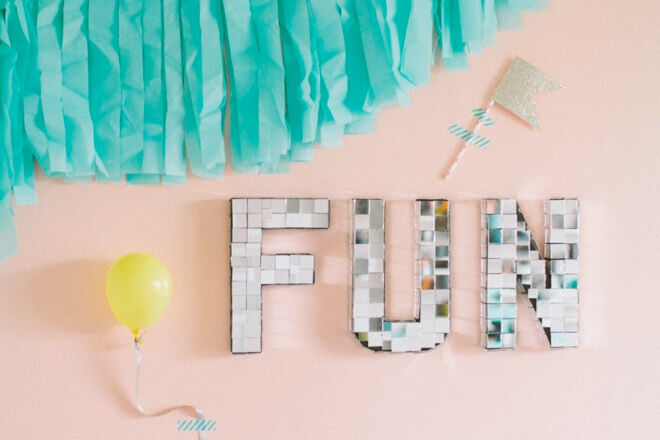 Fancy a bit of wordplay for the party? How about these awesome mirrored letters: (via Best Friends for Frosting). Put a disco spin on your party styling with words that spell out fun and fabulousness! 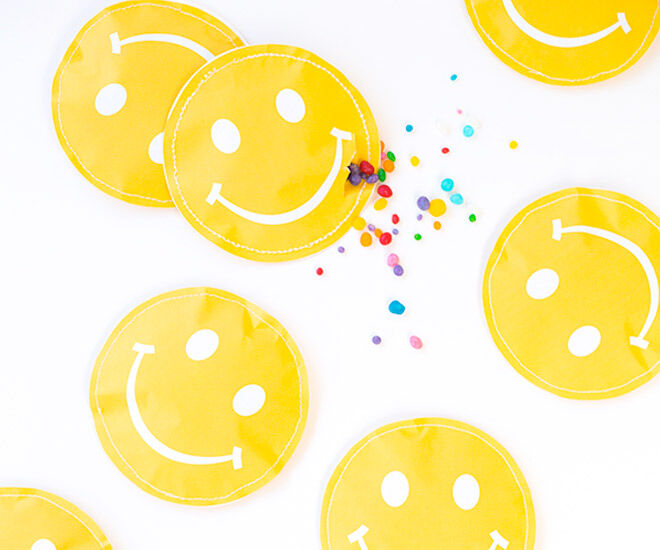 You’ll make all the disco dancers smile with these awesome favour pouches: (via Studio DIY). Simply print the FREE printable, cut, stitch and fill with whatever you like! The kids will love tearing these open after all that dancing.

If making music is the aim of the game, the kids will love making their own popstar microphones: (via Girl Inspired). Take inspiration from these guys and create a whole collection of colourful props for the pop party. 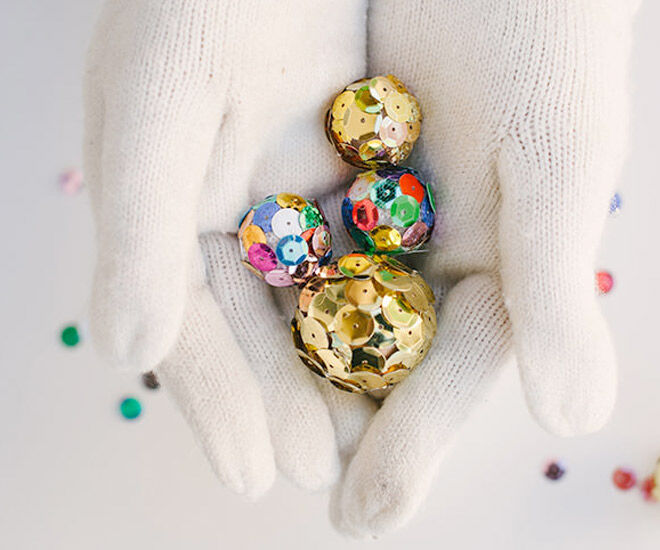 These mini disco balls: (via Handmade Charlotte) are just too cute! Take a look at how these tiny craft balls have been turned into bundles of snazzy sequins – Add a bit of glitz and glamour to the birthday sing along! 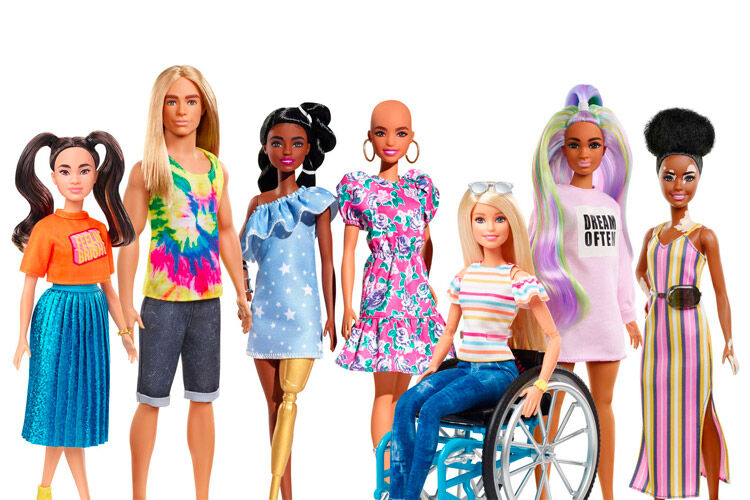