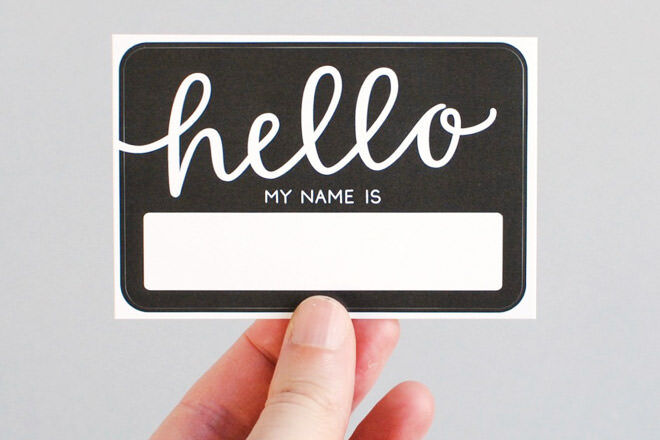 Here are 20 of the best surnames that work perfectly when swung around to the front.

Anderson: American journo and television personality, Anderson Cooper, hit the surname jackpot with two of the most popular surnames in the one name.

Ashley: Until the 1960’s this unisex number was mostly used for boys, but girls have since claimed a sizeable stake.

Beckett: This moniker has been steadily rising in popularity, no doubt helped along by fashion designer Stella McCartney naming her poppet Beckett.

Blair: Queen of the Upper East Side, Blair Waldorf inspired her headband wearing followers and a rise in the use of the name Blair for girls.

Brady: This name is only going to get more popular thanks to supermodel Gisele Bündchen’s baby daddy, American football great, Tom Brady.

Darcy: Do you go weak at the knees thinking about Jane Austen’s aloof romantic hero, Mr. Darcy? Then consider using it as a name for your newest leading man.

Harlow: Whether it’s used for a baby boy or girl, we LOVE this name. It’s getting popular though, so you’ll want to lay claim to this one before a friend steals it.

Hendrix: Got a wannabe rockstar in the house? They’ll love this name.

Jagger: Another rock’n’roll inspired one, helped along by the popularity of Rolling Stone’s legend, Mick Jagger.

Laney: This surname is perfect for a little girl and originates from the word ‘path’.

Lennox: This Scottish surname can work as the first name for a boy or a girl. We think it is super cute when shortened to Leni for a girl.

Macy: This largely English surname has old French origins. A very feminine one that works well for girls.

Presley: What more can we say about this one except that it is perfect for the one you’re sure to ‘love tenderly’ (sorry, we had to).

Porter: The gatekeeper –  a little ominous, but a lot better than ‘door bitch’.

Quinn: We can thank the good doctor (Dr Quinn, the medicine woman) for the popularity of this gorgeous name. One of our favourites.

Reid: We love that this strong name will suit your little mister right into adulthood.

Smith: Sex & The City fans will think fondly (and perhaps blush a little) at the thought of this name. It is one of the best transformations from a very common surname into a super cool first name.

Taylor: There are so many modern variations of this very popular surname as a first name, including Tailor and Tayla. Swifties will no doubt make it even more popular in the years to come.