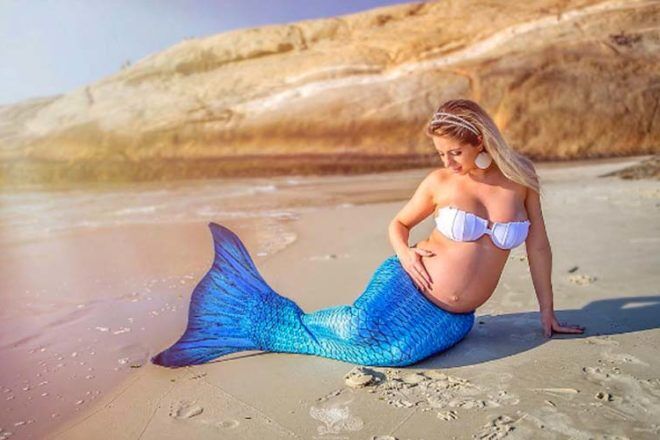 Barefoot. Pregnant. And sprouting a tail. Pregnant mer-mums are lapping up their curves and celebrating their pregnancy by donning mermaid attire and hitting the beach.

So grab your seashell bra, slide into your glittery fish tail and head on down to the water for the latest trend in magical, mystical maternity photo shoots. 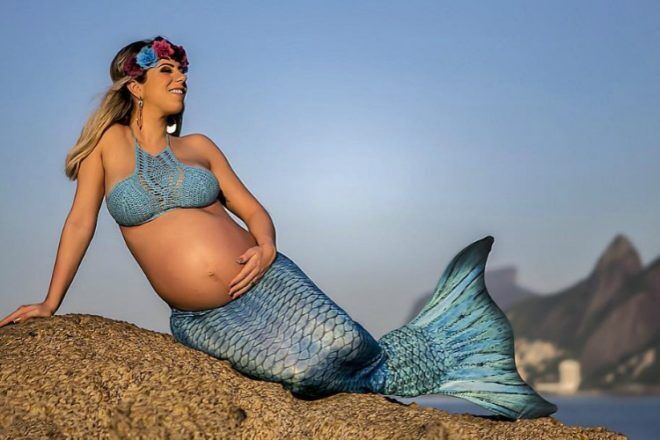 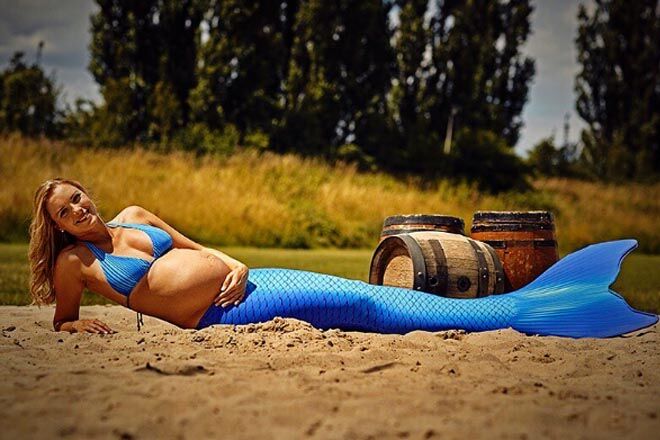 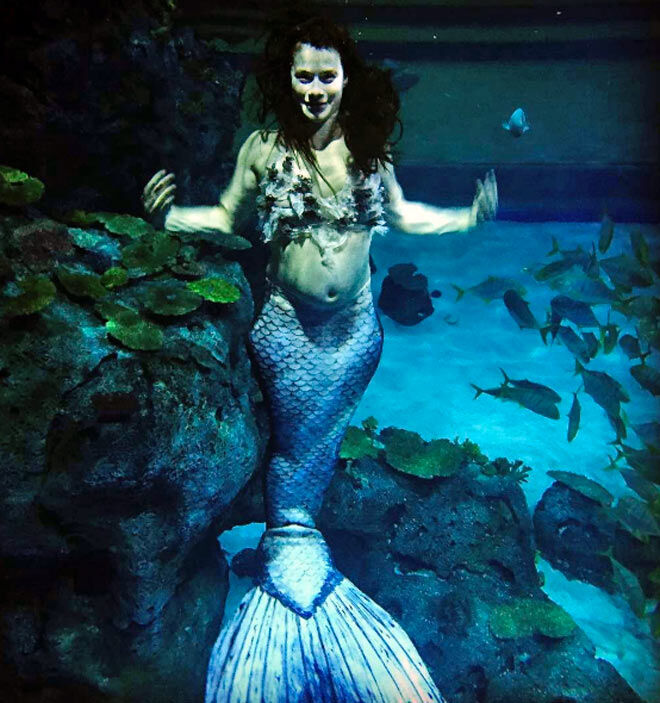 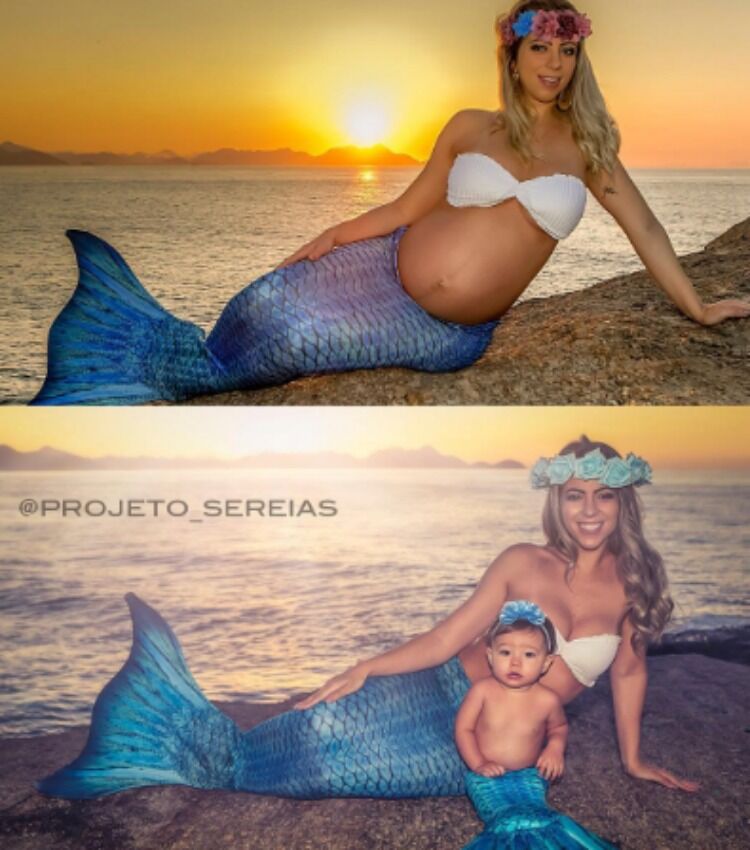 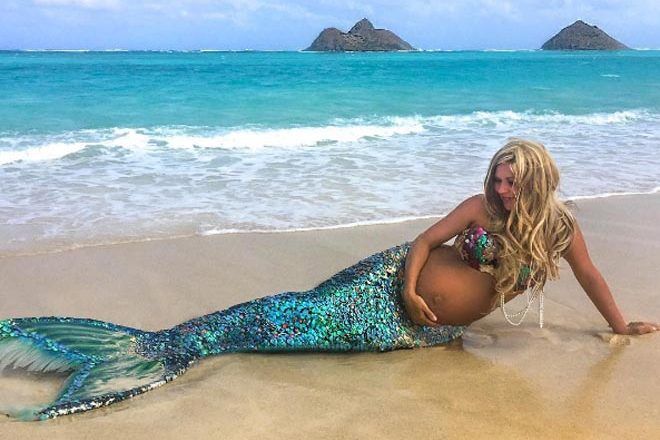 What is it about mermaids? Well, there’s the mystical side of things. Mermaids are pretty much the unicorns of the ocean – beautiful, colourful and mysterious. And you can double that for a pregnant mermaid. 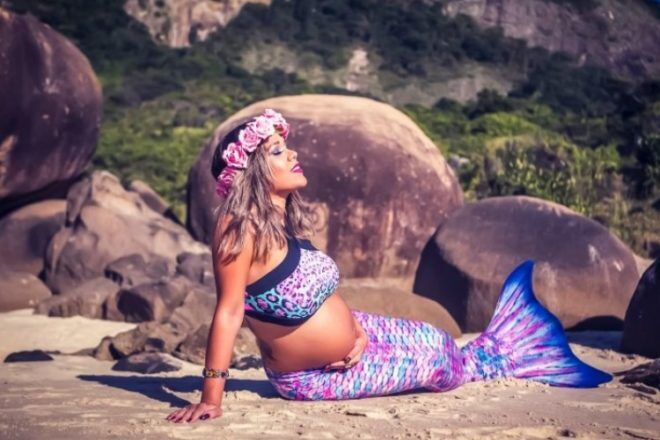 Then there’s the whole The Little Mermaid craze, which was pretty much the best movie ever when we were growing up (and clearly still has an influence today).

And let’s not forget the whole shimmer and sparkle aspect of mermaids. I mean, who wouldn’t want to wear a glittery tale, slip into a bikini made of shells and spend an afternoon splashing in the water and perching on the rocks? 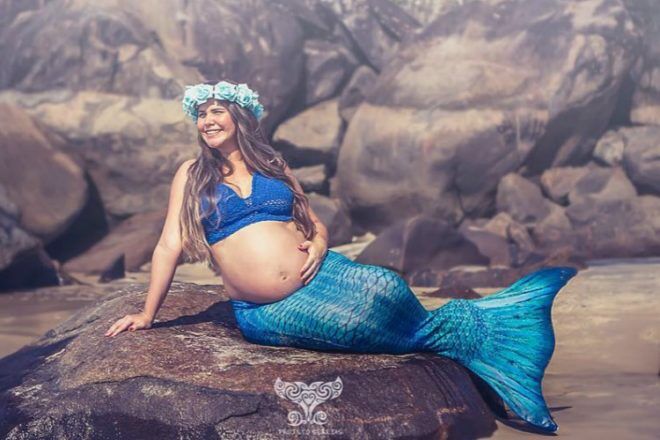 Whatever the reason behind the pregnant mermaid trend, one thing is certain – the request to be transformed into a mer-mum is becoming more and more popular. Brazilian photographer Ulysses Padilha, admits that the request is so popular she now keeps 20 mermaid tails on hand. 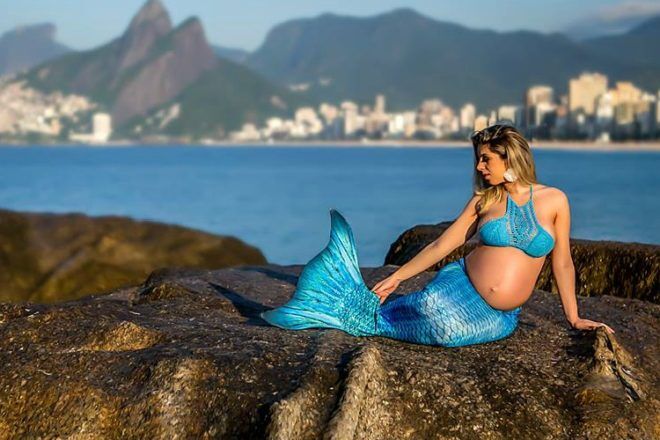 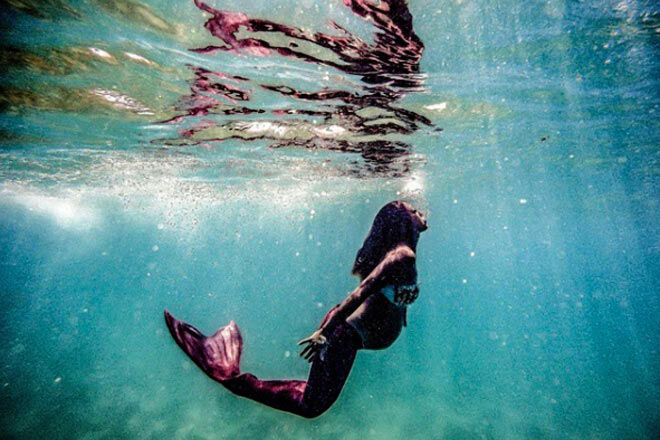 What do you think? Are you ready to embrace the mer-mum trend? Or is this maternity photo idea best left buried under the sea?

If you are a fan of mystical maternity photos shoots, check out the photographer transforming pregnant mums into Disney princesses.