Feeling baby kick but you’re not pregnant? Here’s why First flutters, pint-size punches and itty bitty baby kicks have to be some of the most incredible sensations that come with pregnancy. However, it can be a little alarming (and downright terrifying) to feel these kicks from within when you are not pregnant (or, at least, you didn’t think you are).

Countless of mums experience phantom kicks – the distinctive sensation that a baby is kicking from within – long after they’ve given birth. But why? Could they be pregnant without realising it? Or is something else going on?

Phantom kicks?  It’s all in your uterus

There are two main reasons why you could be feeling phantom kicks after having a baby. If you have given birth in the past few months, then it may simply be the sensation of your uterus contracting, which is often mistaken for baby kicks.

“Because the uterus can take several months to return to its previous state a mother may experience the sensation of kicks for long periods following pregnancy,” Dr Nick Petrovic, Head of Clinic at the Mind Profile Psychology Clinic explains.

It’s been months… and the kicks still come and go

These strange sensations can continue long after you’ve given birth. Again, the reason comes down to your uterus. During pregnancy, women become aware of different twitches and movements in and around the uterus. These movements have always been there, but that we never took notice of them before.

“A woman tends to pay very close attention to these sensations during pregnancy. This habit can follow on into postpartum experiences,” Dr Petrovic says.

The feelings inside your uterus play a pretty important role in your mind (after all, these kicks are quite memorable). For many mums, these kicks can affect the likelihood of muscle memory and nerve memory long after the baby is born.

Other causes of phantom baby kicks

Chrissy Teigen has revealed she still experienced movements inside her belly, after suffering a miscarriage. She even uploaded a video showing her belly moving in a similar way to when a baby kicks, saying, “I truly feel kicks in my belly, but it’s not phantom. I have surgery for endometriosis tomorrow … but the period feeling this month is exactly like baby kicks. sigh.”

look at this 😩 I’ll pretend it’s him saying hi – it never stops. pic.twitter.com/5FKSE3g8cG

So, there you go – while some of the superpowers that we develop during pregnancy (like a heightened sense of smell and extra shiny hair) disappear once bub is out, our hyper-sensitive uterus can remain with us for years and years to come.

Have a few other unanswered questions about pregnancy and childbirth? We’re here to help! 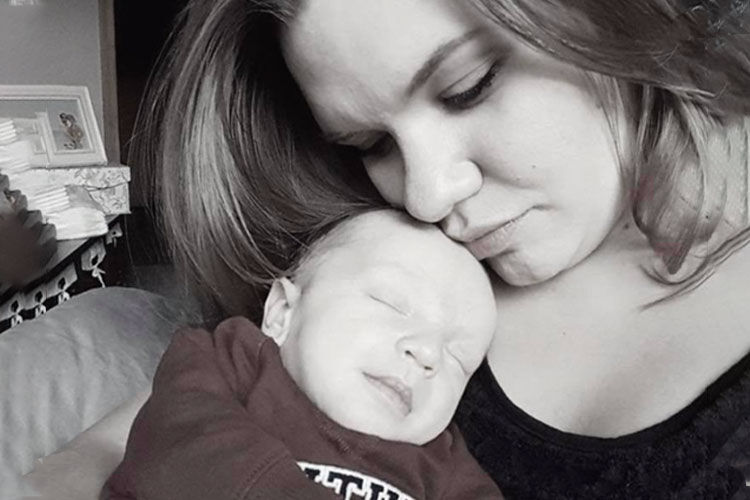