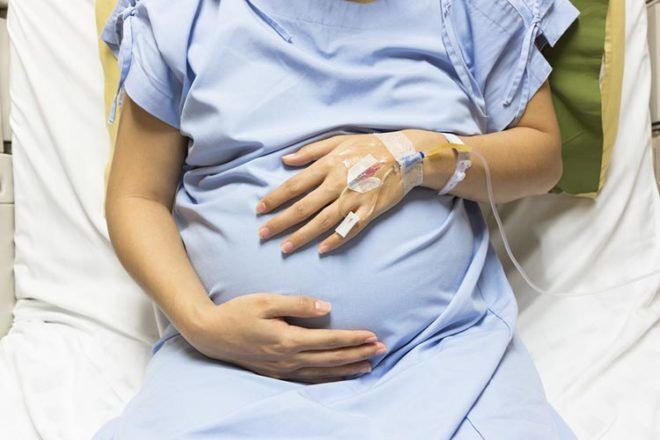 A blood test that predicts the chance of pregnant women developing the potentially deadly condition pre-eclampsia is now available at the Royal Women’s Hospital in Melbourne.

The world-first test predicts the likelihood of a mum-to-be developing pre-eclampsia in the following four weeks. It has the potential to save thousands of mums and babies from early delivery and the potential complications of pre-term birth.

Women who have had pre-eclampsia in a previous pregnancy or are showing symptoms are being given the pre-eclampsia ratio test (PERT) at the Royal Women’s, which was part of the international study that trialled the test. “Not only does this new test help diagnose pre-eclampsia, but even more importantly, it also helps predict who will and who will not develop pre-eclampsia, including those without clear symptoms or signs, over the following month.

“Currently, the only way to cure pre-eclampsia is to end the pregnancy by delivering the baby, even if the pregnancy is still many weeks from full term, in which case such prematurity can have significant implications for the long-term health of the baby. This test allows clinicians to understand the severity of the pre-eclampsia and to decide the best time to deliver the baby.”

READ MORE: 5 reasons the ‘Golden Hour’ after birth is so important.

The test is also helping pregnant women who test negative for pre-eclampsia.

“In the past, we admitted women to hospital for monitoring if we suspected they had pre-eclampsia. Now we can reassure the women who test negative that they are very unlikely to develop the condition in the next four weeks.

“This significantly reduces anxiety, especially for women who have experienced pre-eclampsia in the past and therefore are at much higher risk of developing it again. It also allows us to focus our health resources on those at high risk for pre-eclampsia.”

Ther test uses the measurement of two proteins that are released from the placenta – women with a very low risk of developing pre-eclampsia will show a low level of the proteins, those with a high level are more likely to develop the condition. It’s the most common medical disorder in pregnancy and can be life-threatening for mum and bub. It leads to dangerously high blood pressure, and the cause is unknown. But there are some women who are at a higher risk of developing the condition, including those who are:

Untreated, pre-eclampsia can cause the mother to suffer liver or kidney failure, seizures, stroke and death. For unborn babies, it can affect the placenta, lead to slower growth in the womb, a low birth weight, premature birth and in some cases, death.