An Australian health authority has released new advice that no longer recommends the use of mouth gels for infants, amid concerns associated with a teething gel ingredient.

“Today, we have released new teething advice which no longer recommends the use of mouth gels for teething infants,” Deputy Director of Pharmacy at the WCH, Usha Ritchie explained. 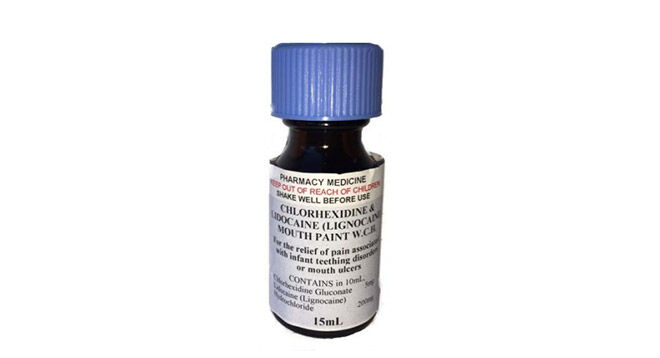 “International and Australian medicines organisations warn against using the local anaesthetic lidocaine in products for infant teething. As lidocaine is the active ingredient in the WCH Teething Gel, it will no longer be manufactured or available for sale.

“These recommendations take into account a small number of incidents overseas where infants and children have been harmed after consuming too much lidocaine.

“We know there have been a number of presentations to the WCH emergency department linked to the consumption of too much lidocaine from teething gel, however no children in South Australia have had any serious adverse effects.

“Families who have used this product as per the directions on the bottle should be reassured that they have not harmed their child, however SA Health no longer recommends this product for teething.”

It follows a recent, unrelated case in New Zealand, where a mother claimed her baby almost died after ingesting too much of a different teething gel – Bonjela. The mother claimed doctors diagnosed her daughter with an overdose of salicylate, which is the active ingredient in Bonjela.

What is the WCH Teething Gel: The WCH Teething Gel has been used for pain caused by teething or mouth
ulcers. It contains a local anaesthetic (numbing) medicine called lidocaine (also called lignocaine) and an antiseptic called chlorhexidine. It is rubbed on the gums to ease discomfort.

Why is the WCH Teething Gel no longer available: The WCH Teething Gel contains lidocaine, which is no longer recommended for infant teething pain. This is because there is limited evidence to prove it is effective and it might be harmful if too much is swallowed. SA Health recently reviewed the use of the gel and decided that it should no longer be recommended for infant teething. This decision is in line with international and national recommendations.

I have used the WCH Teething Gel on my child. Do I need to worry? If you have used the WCH Teething Gel as directed on the bottle, you do not need to worry. Very little lidocaine gets absorbed when it is rubbed on the teeth or gums. Lidocaine may be harmful if infants or children swallow too much at one time. It is important to remember that taking too much of any medicine may cause harm.

Can I still use the WCH Teething Gel if I have it at home? If used as per the directions on the bottle, and the product is in date, the gel is very unlikely to cause harm. However, SA Health no longer recommends the use of the gel for infant teething.

Other ways to soothe teething pain Experts have outlined other ways to help ease teething pain in babies, in a bid to steer parents away from using teething gels.

“We know that having a new baby can be a challenging and uncertain time and teething is a natural and normal part of their growth,” said Natasha Clark, Associate Nurse Unit Manager at Cowandilla Child and Family Health Services. “Simple ways we recommend to soothe a child include using teething rings, a cold cloth to bite or something safe to chew on.

“If in doubt, parents should contact their GP, contact your local CAFHS clinic or call the Parent Helpline at any time with concerns about their baby or child.”

Need more helpful ways to ease teething pain? These next articles are perfect: