Study: Mums with five kids get the most sleep 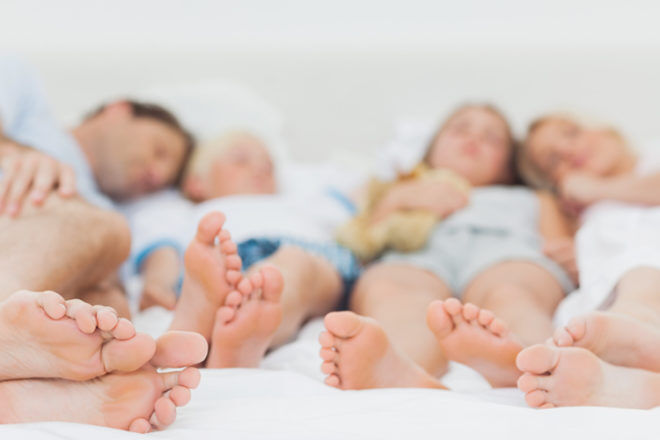 More kids means less sleep, right? Not according to the latest research, which has revealed a rather juicy little sleep secret – mums with five kids are getting the most sleep. And the study has also discovered which mums are getting the least amount of shut-eye.

The new study has revealed that mums with five children get the most sleep – nine hours in a 24 hour period – the same as a mum with just one baby. And mumma bears with three kiddos – we bow down to you – having a trio of children means you’re getting the least amount of sleep.

An Amerisleep survey has taken a peek into the bedrooms of parents and discovered who is getting the most and least amount of sleep. They studied data from the American Time Use Survey delving into whether mums or dads get more sleep and things like how the number of children you have and your employment impacts sleep.

How your family size impacts sleep

Incredibly, the study found that mums with five kids are getting the same amount of sleep as those with one – an average of nine hours. Mummas of three are getting the least amount of sleep – 8.8 hours. Interestingly, these are both still within the recommended eight to nine hours per day that experts say we need. The other telling figure here is that dads are getting a little more sleep than mums. There are some studies that suggest women need more sleep than men, because we multitask more frequently, and just due to our general awesomeness∗. 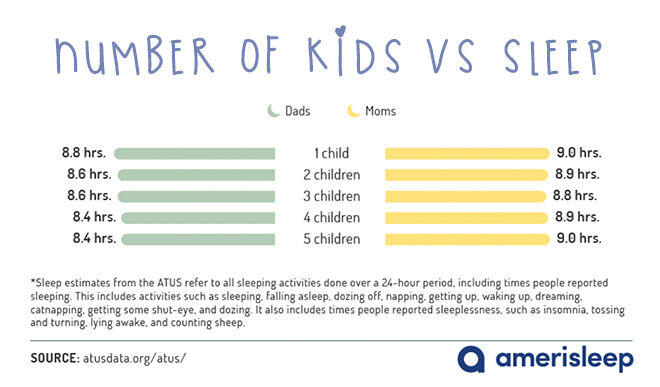 For dads, those with just one little bear get the most sleep, and as the number of children increases, the amount of sleep decreases. According to the researchers, “If parents with multiple children don’t seem to lose much sleep overall, it could be because they find getting adequate rest especially necessary. When meeting the demands of several kids daily, skimping on sleep may simply be out of the question.”

∗May have been added by Mum’s Grapevine editorial team.

Do parents of boys or girls get more sleep?

Finding out if parents of boys or girls get more sleep is a delightful little twist in the study. The researchers say that dads with daughters are most sleep deprived when their little ray of sunshine was younger than one, and between the ages of three and five. Mums with girls get the least amount of sleep when their daughters are two and under. 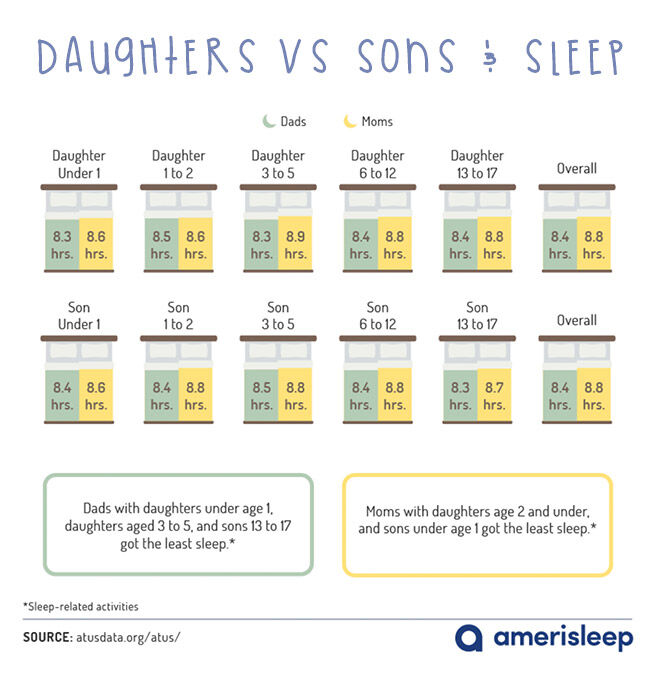 Looking at the overall data, it appears that gender really doesn’t play a big role in how much sleep mums and dads are getting.

The study threw up another little gem of theory – that mums may be getting more sleep than dads because they’re more productive in their waking hours. According to the research, women spent an hour more each day on household duties compared to men. The researchers explain, “Our sleep data suggest an unappealing trade-off: With 60 more minutes of chores each day, mums reported just 12 additional minutes of sleep-related activity per day.” 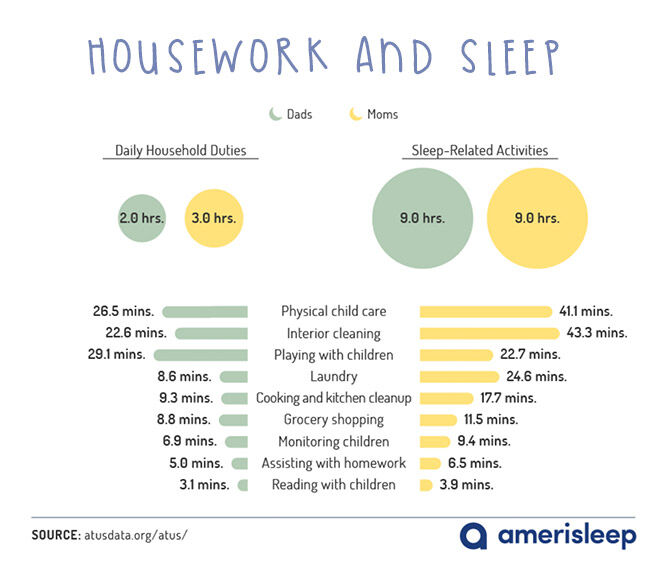 But dads are putting in a little more effort in one key area – playing with their children. Go, dads!

It’s not just sleepless children that are keeping parents awake, the study reveals that work is possibly a big contributor to fatigue for both mums and dads. Dads with jobs said they have 1.3 hours less sleep than dads who are unemployed. And it’s a similar story for working mums. 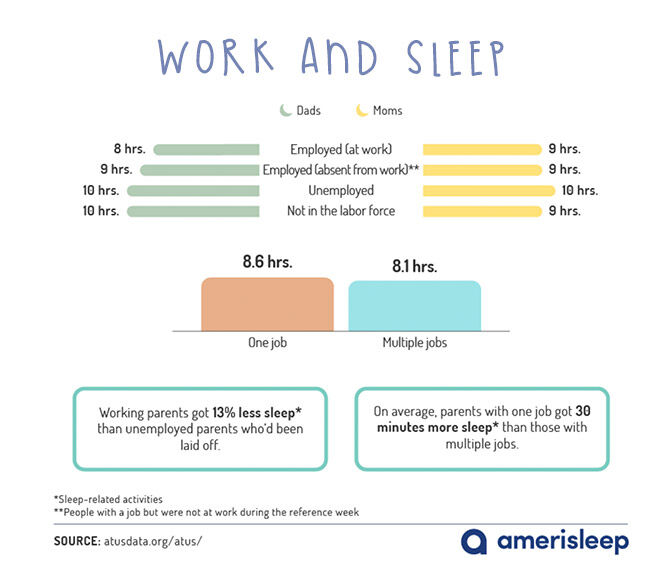 Worrying about money is interesting not much of a sleep thief according to the study, with parents who earn the least reporting far more sleep, than those with bigger incomes. 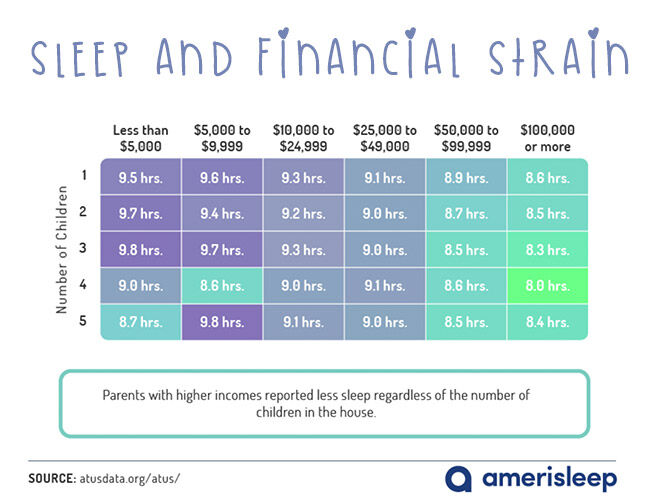 The reason? The researchers think it’s because those with small incomes may work part-time and those with big pay packets are sacrificing sleep to further their careers.

It’s worth noting that in this study, ‘sleep’ isn’t just actual sleep, but includes sleep activities like dozing off, napping, getting up, waking up, dreaming, catnapping, and dozing. It also includes times people reported sleeplessness, such as insomnia, tossing and turning, lying awake, and counting sheep.

So what does all of this mean? Basically, when life gets busy with kids, work and everything else, sleep is sacrificed.

Yawn … need a little extra help with sleep in your house? We have a bunch of articles to help: